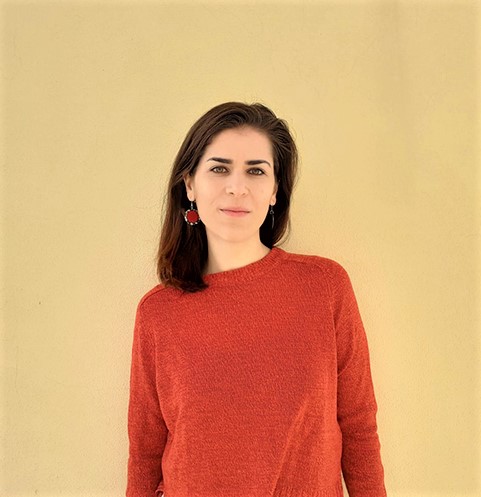 
In July 2020 she graduated in “Philology, Linguistics and Literary Traditions”, from the University “G. d’Annunzio” Chieti-Pescara, with final grades 110/110 cum laude. She presented a thesis on Glottology entitled “The role of actionality in Homeric Greek: the case of ἔρχομαι”. In 2017 she obtained the bachelor’s degree in Humanities, curriculum classics, with a thesis on Latin Literature and final grades 109/110.
During the masters’s degree she spent a period in “Palacký University” of Olomouc for Erasmus project.
With her research project she intends to develop the results of her master’s thesis, analysing the role of telicity in the context of the earliest stages of Greek Language.

Title: The role of telicity in the original Indoeuropean verbal system between middle voice and “actional hypothesis”. A study about some Greek motion verbs

This project proposes an analysis of some media tantum of Homeric Greek, as ἔρχομαι “to go”, νέομαι “to come”, and οἴχομαι “to go, to be gone”, verbs of translational motion, with the purpose to define their telic value and the relationship between this value and, on the one side, the belonging of these verbs to the middle class, and, on the other side, the recent actional theories about the origin of the Indoeuropean verbal system.
Romagno (2005) hypothesizes that, in an ancient Indoeuropean age in which the distribution of verbal diathesis was of a lexical nature, the criterion for the assignment of a verb to the middle class was based on the presence of a state predicate in its logical structure. The actional classes of statives, accomplishments and achievements share a state predicate, but while this predicate is inherent in stative verbs (ἧμαι “to be seated”), in the other two classes it is acquired. The verbs that belong to these two last classes are telic, and their telicity derives from the combination of a dynamic semantic component and the state predicate; the result is a change of state, that is, a form of telicity.
According to the so-called “actional hypothesis”, the differences inside the Indoeuropean verbal roots, which are supposed to be the most ancient forms of the verb (Bartolotta 2016), was originally actional, and in particular telic. When the tense marker *-i indicating hic et nunc was introduced, it initially coalesced only with atelic root-stems in order to mark present tense. Consequently, telic root-formations without *-i began automatically to indicate past tense.
Starting from these premises, how should we consider verbs like ἔρχομαι, telic or atelic?
The question of the relationship between the development of the Indoeuropean verbal system and the rise of the middle voice is naturally a large-scale matter, and for this reason the aim of this research is, first of all, to thoroughly analyse the occurrences of ἔρχομαι, νέομαι and οἴχομαι in the Homeric poems, in order to reconstruct their telic value. The results of this survey will represent a useful element to formulate explanatory hypotheses of the fundamental question that regards the verbal system of the Protolanguage.