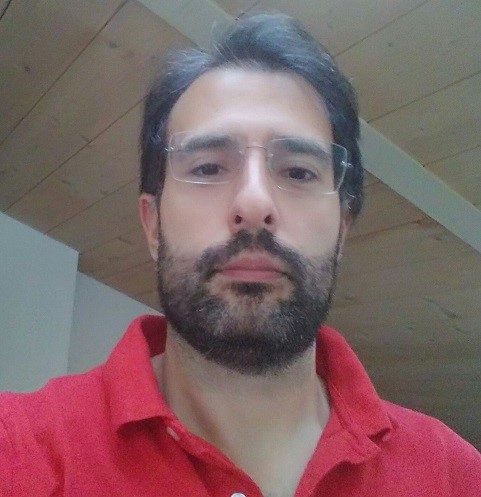 Curriculum
He graduated in History at the University of Naples Federico II in 2013, with a thesis in medieval history entitled: “The Kingdom of Naples in the 15th century. War, culture and politics in the figure of Diomede Carafa ”, with vote of 110 cum laude. Graduated in 2015 in Historical Sciences at the University of Naples Federico II with a final paper in medieval institutions entitled: “For a reconstruction of the royal property in Calabria (XV century). The register Summary, Several, I num., 10 of the State Archives of Naples ”, with a vote of 110 cum laude. He attended a Higher Training course with an attendance grant at the DATABENC High Technology District for the enhancement of historical, archaeological and cultural assets through the use of new technologies; with training internship at the IT company NAOS Consulting. He participated in the Ier Atelier Doctoral held in San Gimignano under the patronage of the Municipality, the University of Florence and Siena and the Sorbonne University of France, in 2017. Graduated with honors in 2018 at the II Level University Master in Public History at Unimore , University of Modena and Reggio Emilia, whose thesis was published in the international journal of history teaching DIPAST (Department of Educational Sciences of the Alma Mater Studiorum) of the University of Bologna, as part of the 16th edition of the Festa Della Storia (2019) and of the international conference Orizzonti della Didattica della Storia. He participated in the second nationwide Public History conference held in Pisa in 2018 as speaker and coordinator. He participated in the Third Conference of Public History held in Santa Maria Capua Vetere as speaker and scholarship winner in 2019. He has published two articles at the NUME for the fifth and sixth cycle of medieval studies. Researcher accredited and enrolled in the consultation of the Vatican Secret /Apostolic Archive.

Title: Letters to the Magnificent and the encrypted Medici documents between 1486 and 1491

The aims of the research project is to deepen one of the most particular aspects of circulation of ideas and cultural models of the late Middle Ages, the cryptography. In short, bringing to light some documents, preserved in the archives, whose encrypted nature has destined them for cataloging only.
The research is placed in the last period of Middle Ages, when such encryption methods, mainly alphabetical, were modified with the addition of homo-phonic, nullius valoris or character signs numeric. The work has the purpose of reconstructing and giving an interpretation key to a historical reality that it is currently difficult to understand, also because this branch of research has often been dealt with as a side branch of embassies and diplomatic dispatches.
A very useful and essential contribution to research is provided by the Vienna code 2398 and the ciphers kept in the State Archive of Milano; which were published by Lydia Cerioni in two volumes: these books give us examples, not all of them complete, of different ciphers codes of the late XV century.
The study will focus on the archive collection Filza 43, 1486 march 30-1491 June 21 concerning letters addressed to Lorenzo the Magnificent and where there is evidence of an active correspondence of encrypted letters. An example are the pages of the list available on the web portal of the Mediceo Avanti il Principato, a project of the state archive of Florence, where 165 archival units have been digitized, some of which concern the cryptography.
Part of the project is to create a database of encrypted documents, a virtual archive of medieval cryptography. The digital archive would have the purpose of containing the various examples and documents studied, a work that could have subsequent continuations in the future and make use of the collaboration of various universities, not only Italian, in a virtuous circle for historical research.