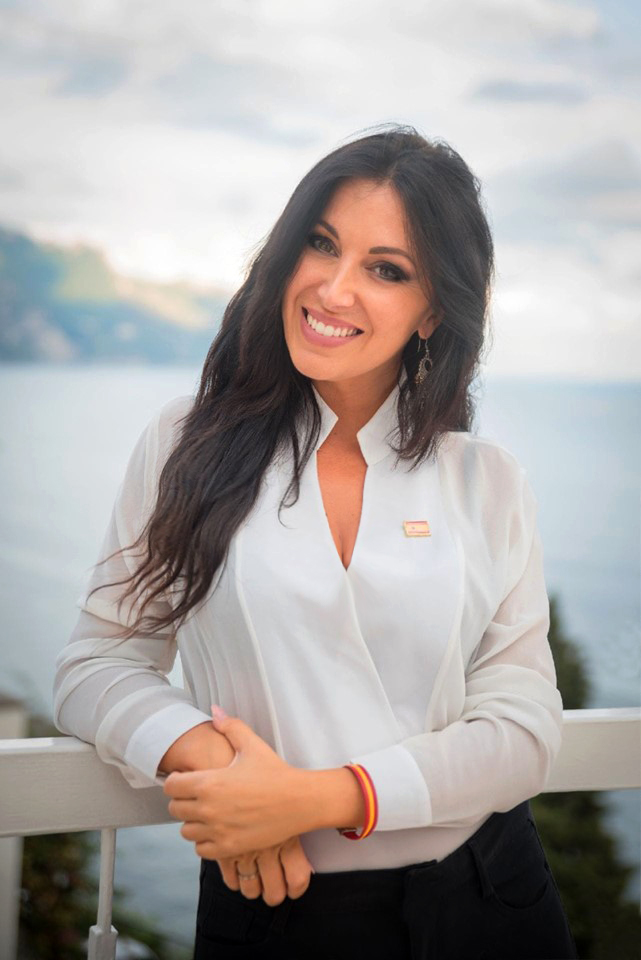 Curriculum vitæ
She graduated in Foreign Languages ​​and Literatures at the University of Salerno with a thesis in Spanish Literature entitled “The Duchess of Amalfi by Lope de Vega and John Webster. A comparative reading” and continued his specialist studies at the Suor Orsola Benincasa University of Naples, obtaining a Master’s Degree in Foreign Languages ​​for International Communication and Cooperation with a thesis in Spanish Language and Translation entitled “Analysis and translation of novel «El hijo adoptivo» by Álvaro Pombo”. She completes her Spanish language studies at the Cervantes Institute in Alcalá de Henares (Madrid) by obtaining the diplomas of “Acreditación de examinadores DELE” for levels A1/A2, B1/B2 and C1/C2. Since 2009 she has been a teacher of Spanish language at institutions of high professional training in the field of tourism on the Amalfi Coast and in the province of Salerno. In 2021 she tooks part in the “Literary Translation Course for Publishing” held by prof. Marco Ottaiano and organized by the Cervantes Institute of Naples in collaboration with the University of Naples “L’Orientale”. She is currently a PhD student for the Linguistic Studies curriculum at the University of Salerno.

Research project
Title: Study of pragmatic variation from a diatopical perspective in European Spanish
Starting from the general concept of pragmatics, the research topic on which the project focuses is the communication strategies analyzed from a diatopic perspective in the Spanish language. Within all the varieties of pragmatic analysis, the study will focus on communication strategies fundamentally based on the use of certain speech acts. The project intends to develop a pragmatic work with particular attention to the sociolinguistic variation of the diatopic type. Diatopic variation and communication strategies are phenomena that have not yet been studied much in Spanish and this work aims to study and observe these pragmatic strategies which will be preceded by a preparatory work of data collection. The study essentially consists in the application of a pragmatic model while the survey has as its main objective the collection of conversations for the integration and updating of the DiEspa corpus (Diálogos en Español). The collection will be followed by an analysis of the conversations from a diatopic point of view with the adoption of specific pragmatic strategies, with particular reference to the linguistic varieties of some areas of the center and north of the Iberian Peninsula such as Galicia, Asturias, Castilla – La Mancha, Castilla y León and the Comunidad Autonoma de Madrid. The research project intends to study pragmatic variation following the path of the project which sees the corpus Pra.Ti.D. at the center of the analysis. in the European languages and the DiEspa corpus (Diálogos en Español) starting from an intralinguistic study of the Spanish language. The analysis will focus on identifying the communication strategies adopted by the speakers in Task-oriented dialogues to verify whether real differences are actually identifiable in the characterization of the different communication styles as well as studying the degree of operability and the degree of participation and cooperation between speakers.