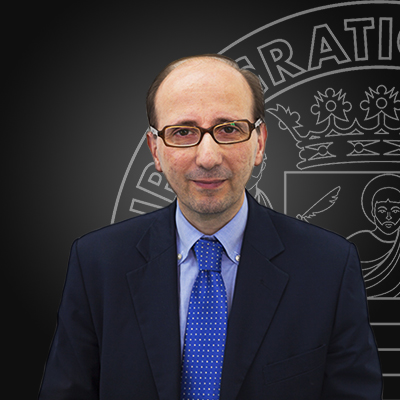 He is currently President of the Didactic Council of the CdS in Foreign Languages and Literatures; he is a member of the Unisa Dipsum-Dills Doctoral College. He is a member of the scientific committee of the Departmental Journal “Texts and Languages” and of the Studies section of the Departmental Series “Library of Studies and Texts. From ancient Babel to the contamination of Modernity “. He was a member and secretary of the editorial board of the magazine “Texts and Languages” from 2012 to 2021; he was Deputy Director of the University Language Center of the University of Salerno from 2014 to 2020.

His scientific interests concern FLE (Français Langue Étrangère) didactics, “transitional” grammar according to interlanguage activities. He is author of specific studies on TICE (Technologies de l’Information et de la Communication pour l’Enseignement) for French teaching/learning processus and on the variation of language speeches. At present he focuses on grammar in relation with new technologies and the language aspects of Charles de Brosses’s Lettres Familières and other works.