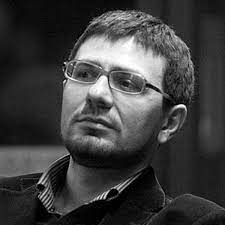 Vincenzo Lavenia is professor of Modern History at the Alma Mater Studiorum – University of Bologna. Among his numerous fields of research, a place of respect belongs to the history of the Catholic Church and the Roman Inquisition. He was responsible for the collaboration in the Historical Dictionary of the Inquisition, 4 vols., Directed by Adriano Prosperi (with John Tedeschi, Edizioni della Normale 2010), as well as numerous items from this repertoire and from the DBI. The historian has dealt in many scientific contributions of taxation, casuistics and moral theology, infamy and forgiveness. Tributes, penalties, and confession in early modern moral theology (Il Mulino 2004); of war and the religious legitimacy of violence, God in uniform. Chaplains, Catholic catechesis and soldiers in the modern age (Il Mulino 2017, Paolo Prodi Award 2019); of History of Culture, Process and Death by Flaminio Fabrizi (1587-1591) (QuiEdit, 2012); Around Alberico Gentili. Training, trials, exile (Claudiana 2015); of sexuality, an unspeakable heresy. Inquisition and crimes against nature in the modern age (Il Mulino 2015) and pedophilia, Sin or crime. The Church in the face of pedophilia (with Francesco Benigno, Laterza 2021).