06/12/2021-11:00, Spoken and Signed languages from a cognitive and sociosemiotic perspective

06/12/2021-11:00, Spoken and Signed languages from a cognitive and sociosemiotic perspective

Spoken and Signed languages from a cognitive and sociosemiotic perspective English
My talk will describe a new approach in the analysis and description of Italian Sign Language (LIS), that can be extended also to other sign languages and to the description of spoken languages (Volterra, Roccaforte, Di Renzo &amp; Fontana, forthcoming) .
Many of the aspects described were often overlooked in the past and only recently have been brought to the fore and described. The five main points of the present perspective are the following:
a) The existence of a strong continuity between actions, gestures, words and signs has been shown at the origin of all languages, signed and spoken. The faculty of language is not distinct in respect to other cognitive capacities. The same basic components and the same representational strategies underlie the formation processes of both gestures and signs.
b) Not only hands should be considered to be basic components, but other parts of the body as well.
These elements should no longer be considered merely paralinguistic or extralinguistic, but rather should be viewed as having the same importance as the manual components, in the same way that prosodic traits and gestural elements in spoken languages are now beginning to be considered linguistic phenomena in their own right. In other words, multimodality is now held to
be a characteristic of all spoken and signed languages.
c) The presence and importance of iconic phenomena is now recognized not only in sign languages but also in spoken languages, with the same mechanisms of signification functioning in both modes of linguistic expression. More generally, one could now say that all human beings may express themselves through pointing, which indicates the location of a given referent in space, describing, which enables to label various kinds of meaningful content, and depicting, which enables to directly show what one is talking about.
d) Languages used all over the world exhibit different typologies; not all semantic-grammatical categories that are valid for the description of one language necessarily work for the description of another. A single sign in LIS may represent several elements at once, i.e., simultaneously expressing the agent, the action, and the object of an event, just as a single word often does in spoken languages which are typologically very different from Italian or English. Both spoken and signed languages can also
include linguistic units the boundaries of which are gradient and variable, but the extent of their variation is limited by the need for comprehensibility of the content of the communicative event, whether it be spoken or signed.
e) A language does not change on the basis of external interventions, but it is primarily its users, the  speakers or signers themselves, who, mostly in an unconscious manner, determine the course of the most relevant changes. Therefore, the description of a language cannot be separated from the description of the characteristics of the community that uses it and determines its norms and changing forms, which include the variations that have always characterized the uses of primarily face-to-face oral languages.
The study of face-to-face communication leads to a revision of the traditional dichotomy between linguistic and enacted, to develop a new approach to embodied language (Kendon, 2004). 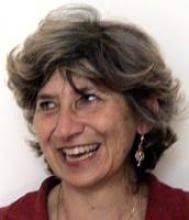 Virginia Volterra, formerly Director of the Institute of Cognitive Sciences and Technologies at CNR, is currently associated to the same Institute. Throughout her career she collaborated widely with researchers across the world exploring language development in typically and atypically developing children, providing major insight on the role of gesture in early language acquisition and in […]