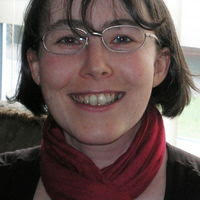 Katherine Astbury is full Professor of French Studies at the University of Warwick. Her research focuses on how culture played an important part in shaping French debates about identity, nationhood and political legitimacy during the French Revolution and First Empire. Publications include two monographs, The Moral Tale in France and Germany 1750-1789 (SVEC 2012:07) and Narrative Responses to the Trauma of the French Revolution (Legenda, 2012) and a critical edition of Pixerécourt’s La Forteresse du Danube in Pixerécourt Mélodrames III (1804-1808) (Garnier) as well as dozens of articles on writers of the period 1750-1815. As Principal Investigator of a UK Arts and Humanities Research Council-funded project on French Theatre of the Napoleonic Era (2103-17), she worked closely with English Heritage at Portchester Castle, advising on the reinterpretation of the keep, particularly the French prisoner-of-war theatre housed there between 1810-1814. She is currently writing a monograph on theatre during Napoleon’s One Hundred Days in 1815.