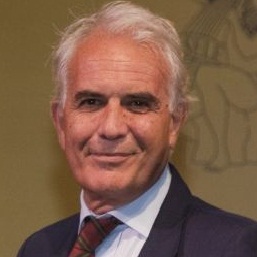 Luigi Mascilli Migliorini is professor of Modern History and of History of the Modern and Contemporary Mediterranean at the University of Naples “L’Orientale,” academician of the Lincei, commandeur of the Ordre des Palmes Académiques and chevalier of the Ordre des Arts et des Lettres in France, and is among the leading scholars of the Napoleonic age and the Restoration in Europe. He has dedicated two important biographies to them: Napoleon, awarded by the Fondation Napoléon in 2002, (French translation 2006) of which a new expanded edition came out in 2015, and Metternich, published in 2014 (French translation 2017) which was awarded the “Filippo Burzio” Prize of the Turin Academy of Sciences in 2015. Author of a History of the Modern and Contemporary Mediterranean, he dedicated to his Mediterranean studies the volume Le verità dei vinti. Four Mediterranean Histories, Rome, 2017. Most recent is his Storia del Mondo, Rome-Bari 2019, produced in collaboration with Amedeo Feniello and Francesca Canale Cama.