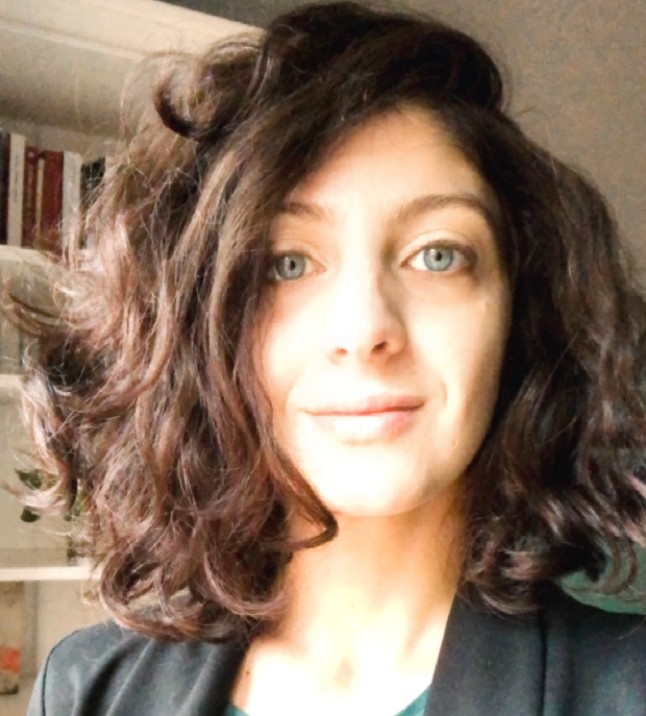 Curriculum vitae
In 2019 she graduated with honours from the University of Salerno with a Bachelor’s degree in Foreign Languages and Cultures, defending a thesis in German Literature entitled “Robert Walser e la fiaba. Le riscritture di Aschenbrödel e Schneewittchen”.
At the same university, in 2021, she graduated with honours in Modern Languages and Literatures defending a Master’s thesis in German Literature entitled “Passeggiare e scrivere. Analisi di un connubio nell’opera di Robert Walser”.
In the academic years 2019/2020 and 2020/2021, she carried out tutoring and support activities for the students enrolled in the Spanish Language III course at the Department of Humanities, as part of the Help Teaching project.
She is currently enrolled in the XXXVII cycle of the Doctorate in Literary, Linguistic and Historical Studies at the University of Salerno, once again within the German literary field, dealing with the presence of German-speaking female authors on the Amalfi Coast.

The research project is focused on the analysis and deepening of the phenomenon of the forced exile of some German and Austrian artists and writers in the Thirties and Forties. Particular attention will be paid to the works of L. Landau (1892-1990), E. Castonier (1894-1975) and J. Lederer (1904-1987), to their exile experience in Italy and their stay on the Amalfi Coast, and, above all, to their personal perspectives on these events.
Therefore, the object of the analysis will be their attitude towards dictatorship, the poetic and, possibly, linguistic repercussions that exile had on their literary works, and to what extent the experience on the Amalfi Coast could affect their poetics. As a consequence, the exile theme intended as the literary expression of the break with one’s own Heimat will be of particular relevance.
Their own personal perspectives on the exile experience will be analysed, considering their own personal interpretations of an event which, nonetheless, unites them in a common testimony which reflects on the dramatic condition of “uprooting”.
If Italy became a new homeland and a stable residence for many artists, this was not the case of the authors analysed in this research, since Positano represented only a place of transit to them. As a consequence, each author’s literary production will be investigated, paying particular attention to the works that were composed during their stay in Positano or that refer to the experience on the Amalfi Coast.
Thus, not only does the research aim to offer a further reflection on the experience of the female exile, but also on German and Austrian female authors’ literary production connected to their stay on the Amalfi Coast.