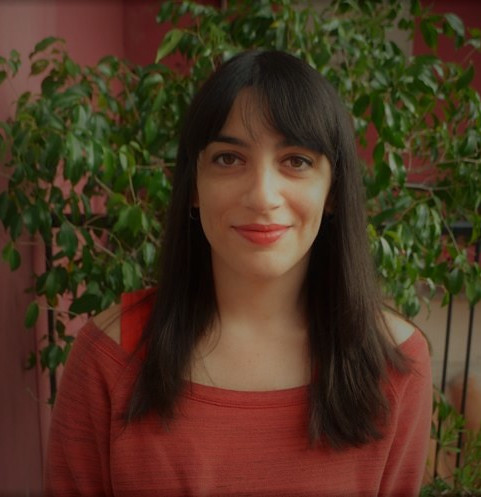 Curriculum
In 2019 she got a Master’s degree in Modern Languages and Literatures at the University of Salerno with a grade of 110/110 and honor. She wrote a thesis in the subject of Comparative Linguistics with the title “La prefissazione verbale in sincronia e in diacronia”, followed by Professor Claudio Iacobini.
In 2017 she got a degree in Foreign Languages and Cultures with a grade of 105/110 with a thesis in General Linguistics.
She taught English in public school and did summer remedial lessons respectively in 2019/2020 and 2018/2019.
In 2018 she did an internship for G.I.S.C.E.L-UNISA, experiencing different tasks and activities such as the analysis and management of Linguistic Data, the creation and handling of Linguistic Corpora and cooperated in the organisation of the meeting “XX Convegno Nazionale G.I.S.C.E.L. “.
She published a review of “The Construction of Words: Advances in Construction Morphology” (Booij 2018) for the magazine “Testi e Linguaggi”, University of Salerno, 2020.

The aim of the project is to investigate the nominal and adjectival prefixation in Romance Languages by adopting a diachronic and comparative perspective. Despite being the most used word-formation process in romance languages and although the recent availability of different authoritative synchronic works about the word-formation processes in Romance languages, the studies which adopt a comparative perspective including all the romance languages are still little developed.
As it has recently been highlighted (Iacobini 2019), in the passage from Latin to Romance Languages there has been a consistent reduction in the number of prefixes used as well as in the types of meaning they expressed. The recovery of nominal and adjectival prefixation happened from the beginning of the 18th century through the integration of scientific texts (mainly written in Latin) which have been translated or adapted in the principal languages (starting with French). From technical and specialist lexicon, the nouns and the adjectives formed with prefixes entered little by little in the main Romance Languages, until there has been a larger diffusion in the second half of the 20th century.
The final aim is to reconstruct thoroughly the story of prefixation generally and specifically for each language trying to individuate the diachronic development of the main semantic and formal types of prefixes, as well as the role of the scientific lexicon in the diffusion and integration of the prefixes in Romance Languages. Starting with every single language, the aim is also to investigate on the diffusion and the international circulation of these cultivated words which, little by little, enter and become part of the common language.